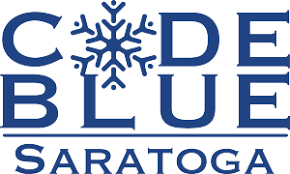 On June 2nd a bomb was dropped on the Southeast Saratoga Springs Neighborhood where Bev and I live when the Presbyterian New England Congregational Church announced that it had dedicated the Nolan House as a permanent dormitory for the entire Code Blue Population which can reach 75 persons.
The response was immediate; angry neighbors manned the barricades, “What could they be thinking to inflict drug addicts, sexual predators, pickpockets, criminals and mentally unstable people on a residential neighborhood of attractive homes many with children. What unthinking, uncaring zealots could do this?”
Soon enough posters were hung on fences facing PNECC, bed sheets and cardboard was hung from second-story windows proclaiming, “How dare you do this to a neighborhood where none of you live” or “It may be your mission but you’re making us carry it for you”.  Committees were formed to interview lawyers since the go-to position was to sue the malefactors. Anger was rife throughout the neighborhood which quickly was peopled by members of the press sensing a good story.
But then something began to change – not overnight for sure but slowly stakeholders began to talk to each other. At first, the conversations were difficult, noses were pushed out of joint, insults traded but we kept at it and soon enough two stakeholders, the church and the neighbors began to align themselves. Understanding took the place of raw emotion guided by an emerging recognition that there was common ground. Defensiveness was replaced with guarded trust and gradually a partnership began to form
Other stakeholders, Shelters of Saratoga, politicians from the City and the County were drawn into the conversation and they too became aligned in important ways in recognizing a common problem. Knowledge was shared and in time the Code Blue population was better understood as individual human beings, most of which had either made poor choices – though of the kind many of us might have made – or they were victims of a seriously unbalanced economy.
No one wants to be homeless, no one wants to sleep outside when it’s freezing cold. Sure, 10 to 12% of Code Blue people have addiction problems or suffer mental illness but that’s not an excuse to despise them, it’s an opportunity to help them and show kindness.
Our expanded partnership began to genuinely “seek justice, love mercy and to walk humbly…”
And so where are we. Well, it’s been cold this week, real cold, but temporary shelter is available for November. In December a permanent facility on Adelphia Street will open and offer 24 hour, seven day a week shelter, hot food, and other services. In 2 years the City will make available a permanent building that will offer all of these services plus mental health, addiction recovery and other related services. The County has doubled its allocation of money as well.
But right now there is an urgent need by Shelters of Saratoga for money.  There are many reasons for this.  The County appropriations will not be available until the next calendar year, and getting the Adelphi site has involved unforeseen expenses.  In addition, extra expenses are also being incurred because our local Code Blue guests are now being transported to Ballston Spa for emergency shelter and back again.  Also being transported is supplies like food, water, and other necessaries until the Adelphi site is ready.
This is a story of hope realized. Please be part of that story by making a generous contribution.  Shelters of Saratoga have requested that a community-wide Code Blue Faith Offering take place on Sunday, November 24, which falls during Hunger & Homelessness Awareness Week, to help with Code Blue building and program expenses.  Please come to our worship service on Sunday morning November 24 ready to give generously.  If you cannot attend service on November 24, you can send an individual contribution to Shelters of Saratoga, 14 Walworth Place, Saratoga Springs NY 12866 or at their web site, http://sheltersofsaratoga.org.