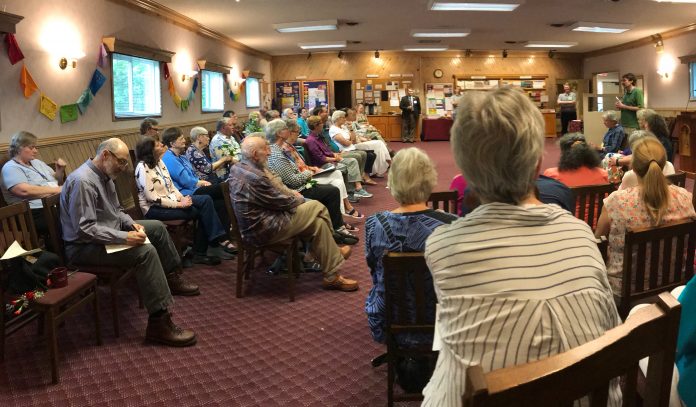 A Church Chat was held after the service on June 2, 2019. The purpose of Church Chat meetings is to update the congregation on current projects undertaken by the Board of Trustees and committees at UU Saratoga.

News reported by Julie Holmberg, President of the Congregation: