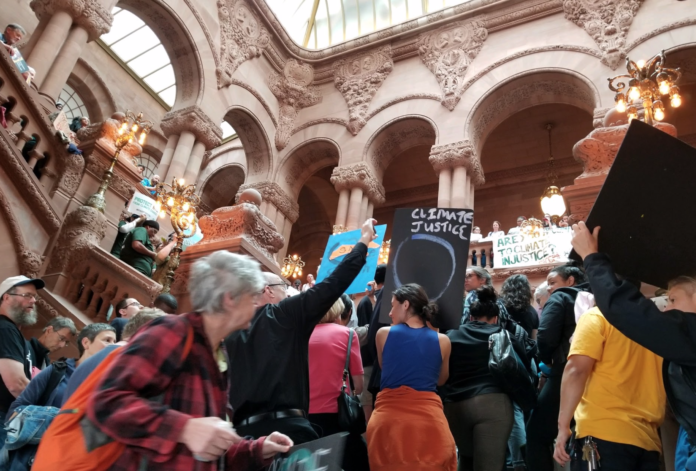 Lale Davidson led a UU Saratoga group that joined 400 protesters who gathered in the New York State Capitol Tuesday to call on Governor Cuomo to act on the Community and Climate Protection Act, which requires a 50 percent reduction in greenhouse gas  emissions by 2030, and sets a timeline for achieving 100 percent renewable energy economy-wide by 2050. If signed into law, this would be the strongest enforceable renewable energy standard and timeline in the country.

A Call for Humanitarian Standards for Children