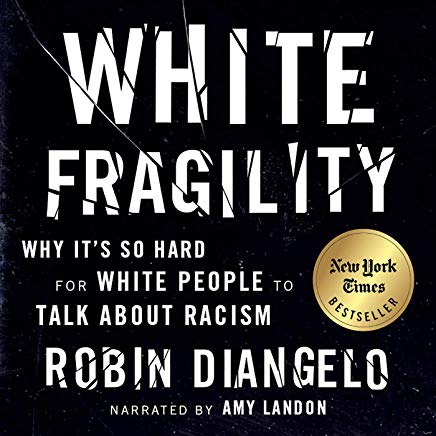 Due to the interest of many who could not join in the summer white fragility study group, Rev. Joe Cleveland has scheduled another offering of the three-session study group on the New York Times bestselling book White Fragility: Why it’s So Hard for White people to Talk about Racism by Robin DiAngelo.  The book has been a best-seller for more than a year. The dates of the three sessions will be Tuesdays, September 3, 10, and 17 at 7:00. The group will be limited to 12 participants.

Antiracist educator Robin DiAngelo first coined the term “white fragility” in 2011, and since then it’s been invoked by critics from Samantha Bee to Charles Blow. “White fragility” refers to the defensive moves that white people make when challenged racially. These include emotions such as anger, fear, and guilt, and behaviors including argumentation and silence. In this book, DiAngelo unpacks white fragility, explaining the underlying sociological phenomena. She draws on examples from her work and scholarship, as well as from the culture at large, to address these fundamental questions: How does white fragility develop? What does it look like? How is it triggered? What can we do to move beyond white fragility and engage more constructively?

Sign up and order a copy of the book here.