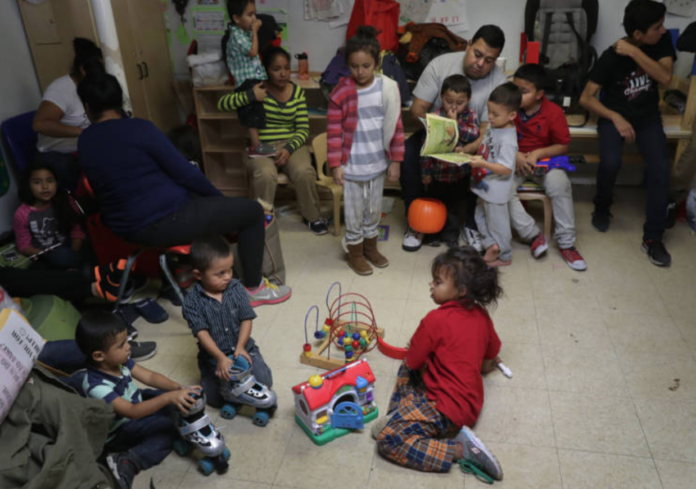 A coalition including the Saratoga Peace Alliance, the Saratoga Immigration Coalition and the Southern ADK branch of the Democratic Socialists of America will gather at noon on August 8th at Glens Falls’ City Park and march to Rep. Elise Stefanik’s office to demand that immigrant detention camps be closed, the separation of children from their families be ended and family reunification be vigorously pursued.

Speakers at the event will include Diana Barnes, Professor of World Languages at Skidmore College; Kathy Manley, an Albany-based attorney and Linda Motzkin, co-rabbi at Temple Sinai in Saratoga Springs. Singer-activist Ben Grosscup of People’s Music Network will perform.

A Call for Humanitarian Standards for Children