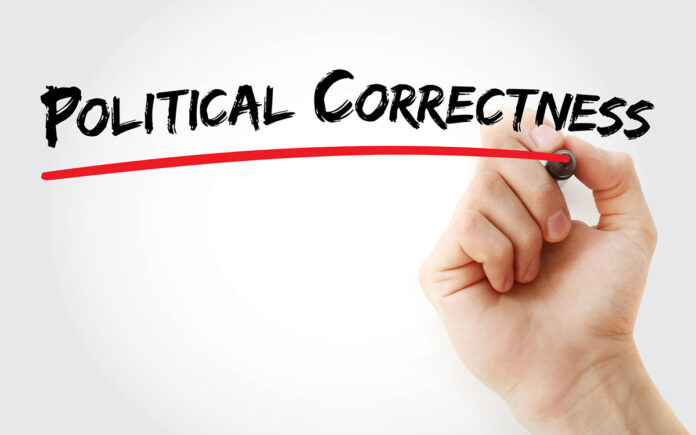 In the early to mid 1980s I was part of what was at the time perhaps the most liberal diocese in the Episcopal Church. The bishop was John Shelby Spong, whose writing about “rescuing the Bible from fundamentalism” and other progressive religious ideas are familiar to some of you. Although I was an enthusiastic supporter of almost every liberal contention Spong and my colleagues made, I got into a bit of a kerfuffle about language.

It was about pronouns – pronouns and history and what I opined was censorship. Here was the issue – while I had no dispute with most rewriting of what was said in church embracing inclusiveness in order to use language to undo the way so many people, especially women, were subliminally discounted or worse, unlike many colleagues, I drew the line at what was read from scripture. My thinking was and is that if we were going to refer to the Bible at all, we shouldn’t have to deal with the Bible we wish had been written but rather the one that WAS written. Otherwise, we’d be censoring. Maybe if, say, the Apostle Paul had written his epistles in the late 20th Century he’d have chosen different language, maybe even a different image of God, but he didn’t. He was a 1st Century figure, and if anyone was interested in what he had to say, we owed it to him to see him as he was . . . at least to the extent that we could honestly and objectively attempt to do that.

In seminary I’d learned something about how much of the Old Testament came to be compiled that I treasured. There were four traditions, four different and often quite oppositional schools of thought, in what was eventually put together as one coherent, more or less, piece of scripture. Ever since learning about that, I’ve thought that whoever did that redacting left us a wonderful heritage of honoring differences without compromising  integrity. Whether all that was intended or not, that dialectic was what we were left with, and I think we’re much the better for it.

And so, if today we come up against pronouns we believe are defiling scripture’s place in current religious practice, then write a new Testament, I grandiosely argued.

To augment my case, I cited Thomas Jefferson (oops, I hadn’t thought sufficiently about that one. Few had back in the day.) and other Founders. We might wish it to be known that all PEOPLE are created equal, but that clearly wasn’t what he or they meant. They meant MEN, (actually WHITE men) and if we lose what was meant, we not only make them into the idealized characters they weren’t, thereby losing a valuable reflection of who WE are, we also undermine the beautifully progressive idea they instilled in their documents and national consciousness that the work, the identity of America they began to forge wasn’t done. Rather it paved the way for becoming, for adaptive change, for future growth . . . for progress.

Let me try to say why I think all this matters today, when we live in a social environment where saying the right thing looms large.

My own pet theory about a significant reason why we ended up with a leader with almost no discernible qualities and countless obvious and serious shortcomings who’s been able to gain a foothold with enough of our fellow Americans to give us what we currently have is all about political correctness. There was and still is some serious resistance to political correctness – enough to take note of and ignore at our peril.  I want to be increasingly enlightened about what offends people and helps keep them oppressed, but I’m less certain I want my changing viewpoints to cause enough resentment out there to end up giving us what the 2016 election did.

I wonder if doing the right thing is always enough, or if it sometimes entails treading very thoughtfully and sensitively.

For all the devotion to inclusivity that you and I may share, to being very purposeful about not using language which discounts or minimizes the underprivileged fellow travelers among us, we’ve been reminded that there are a lot of folks out there who bridle at all that. In fact, I believe their resentments, while mitigated somewhat recently by a newfound awakening following the murders of George Floyd and countless others, continue to be a widespread, dangerous force out there.

So what?, you might say. What does being characterized as offensively obsessed with political correctness by people on the other side of our beliefs have to do with how we proceed?  What should we do about all the people who are seemingly put off by our PC? Should we if not abandon those beliefs at least tone down our activism in response to the conflicts and resistance our actions and beliefs have catalyzed?

The easy answer is no, absolutely not. Few instances of progress along the road to enlightenment and liberation are easily won. Progress almost always entails struggle and disquiet. Let’s stick to our guns. After all, how could we possibly turn back? If it was even possible to do that, we’d for sure re-marginalize and re-stigmatize the very people who have for so long fought to claim their rightful place in our society, wouldn’t we?

The problem is how our intractability impacts our relationship with so many who cling to a different perspective, who bemoan the loss of if not what they had then at least what they imagined they had. I think that if we stop and allow ourselves our own broadened perspective, we might agree that, for all our loyalty to the liberal causes we espouse, we have little reason to welcome the divisiveness, the mistrust and hostility that have accompanied their actualization.

If we want less divisiveness and we want to be respected, be listened to, might it be not only fair but even advantageous to respect and listen to what the other folks have to say? If we want them to understand why we seek the changes we seek, don’t we owe it to them, and ourselves, to try to understand, maybe even to appreciate, their devotion to the status quo . . . not to be too quick to characterize their beliefs only according to ours’? (I know that’s something I tend to do, something that I often find more gratifying than I should. I not only covet being right, I often find no little enjoyment reveling in how wrong I find the other side).

Let me go back to my kerfuffle about biblical pronouns in the very liberal Episcopal Diocese of Newark. I’ve thought of myself as liberal for almost my whole life (although, at age 7 and again at 11, I did cause my parents a bit of bemused distress because I liked Ike and not Adlai, but then again I had no clue as to why). From the time I first began to understand political and social issues, I’ve gravitated to liberal causes, which is one reason why I ended up in Jack Spong’s diocese. But maybe because I was raised with some awareness of the suppression of liberal causes – of Joe McCarthy, and HUAC, and the blackballing of Hollywood screenwriters like Dalton Trumbo – of censorship –  as I chose to defend those biblical pronouns, I found myself thinking about liberalism in a new light. I looked at all the liberal voices in that diocese and the paucity of any countervailing voices, and I thought to myself that not all tyranny has to come from the right. If my concern about censoring the Bible was being squelched, then what I was up against was liberal tyranny.

Well, I was younger, and what raised my hackles then strikes me as a tad melodramatic now. Maybe there’s a better word than tyranny, say intractability or singularity, but I hope you take my point. Often opposing viewpoints, even those opposing noble causes such as inclusivity, have more to them than we might be disposed to believe. Perhaps those we disagree with come out of more integrity than we might allow for. Perhaps our righteousness sometimes flirts with self righteousness.

Or perhaps not, but we’ll never know, will we?, if we don’t hear the other side(s) out, if we don’t listen to what they’re saying with thoughtfulness and humility.

How does all this apply to monuments, for example? Well, I have a thought, that for all the false narrative that those statues of Confederate generals reinforced to the great detriment of underprivileged African Americans and, by extension, other victims of racism, there’s a silver lining to their coming down now. Yes, it would have been better if they’d never been erected in the first place, or if the narrative of all those who have bridled at their existence since reconstruction had been better understood and accepted earlier, but at least now so many people who didn’t get it before seem to be getting it for real at last. What did it take to bring that about? I think there are more reasons than we might be able to divine, but I wonder if one of them is that the false narrative of a benign confederacy that never existed became so hackneyed in the light of how the people about whom a war was fought about continue to be treated that even its diehards could no longer uphold it.

I don’t mean to minimize how urgent the need is for people to be relieved of what oppresses them, and how terrible it is when that urgent need goes unmet. I simply want to recognize that competing needs seem to end up in the mix, that, frustrating and destructive as this can be, resolutions usually take time . . . and that delay might serve a useful purpose. My perhaps naive hope is that justice delayed might allow room for progress towards liberation on both sides.

I started this essay with pronouns, so let me end with them. While I like to think I’ve advocated for inclusivity (as long as it isn’t censorship) for a long time, it turns out I’m an old guy more set in my ways than I like to think, and, tyrannical English teacher’s child that I am, I don’t believe I’m ever going to hear the pronouns they, them, or their without hearing the third person plural. I don’t like speaking of Sally and “their” car. I get confused when I hear it. Who else’s car is it in addition to her car? “Their” implies someone or someones else.

I’m sorry. For decades I’ve gone out of my way not to speak of God as a he (although occasionally I’ll refer to her as a she, usually just to tick someone off or at least startle her or him), and I’ve often wished we could come up with a good inclusive pronoun for not only God but lesser beings like you and me, but, folks, “they” isn’t going to do it for me. Frankly, neither is announcing my preferred pronoun on my Zoom name tag. If that offends you, I hope you’ll forgive me and even allow for my good if misguided intentions. Perhaps you can even expand your own horizons enough to allow for the frustratingly slow progress of liberation without it letting it get to you.

As with other issues we’re wrestling with these days, such as who should or should not be allowed to speak at colleges or write op eds or be barred from social media, this political correctness is serious business with few easy answers . . . for anyone.

A Tribute to Brent Wilkes